Here are some pretty scary statistics which don’t bode well for a great customer experience.

How do you fare against these?

Two of my workshops this month have focused on employee engagement.

What’s that got to do with the customer experience you ask?

….Well, have you ever had a good customer experience when served by someone who wasn’t engaged?

You can read it here 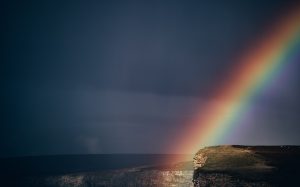 I wasn’t in the best of spirits when I boarded the train home from Manchester yesterday. I’d already been kicking myself I hadn’t booked a taxi from my client’s premises as when I left it was pouring with rain; so naturally there wasn’t a cab in sight.

Arriving at the station with only minutes to spare I decided it was quicker to walk the stairs than stand stationary amongst the crowd on the escalator; only to catch my heel near the top of the stairs and watch my suitcase skedaddle down the steps as I lay on all fours!

Minutes later we were pulling out of the station and as the PA announcements started I wasn’t paying any attention….

That was at least until the shop manager broke into the verse! This was a Virgin train, and so maybe he’d been inspired by the Virgin safety video (if you haven’t seen it, take a look below). Well, it certainly got everybody’s attention.

It was a little ray of sunshine on a wet Thursday afternoon.

Now, I’d have to admit if he’d said the same thing as we left every station it could have got a little tedious. But he didn’t. Every time he made a new announcement he came up with some other witty repartee.

So by then I was curious to see whether or not he could deliver all he promised! I wouldn’t normally make the walk through six or seven carriages for the sake of a cup of tea, but I was now intrigued to meet Damien.

I have to say I wasn’t disappointed. Every single passenger who walked through or stopped at the shop while I was there was greeted with a big smile and friendly banter. Service was helpful and swift. And what’s more he made suggestions and recommendations so I’m positive his sales increased as a result.

The mere fact I felt compelled to write about this proves this made a memorable customer experience. And this had nothing to do with Damien’s skills to make tea or handle cash. It was all down to personality and attitude.

So if you want to give your customers a little ray of sunshine, and create magic moments, focus on recruiting people with the personality and attitude. You can teach the rest.

….. and here’s the Virgin safety video – a refreshing change don’t you think?

Some years ago I was fortunate enough to interview one of my mentors – Peter Thomson, and he shared an expression “Little hinges swing big doors”. I was reminded of this today when I learnt that it is NHS Change Day.

It really doesn’t take much to make quite a marked difference to someone’s perception or to a customer’s experience. In fact I’ve been following a discussion on LinkedIn over the past week where other customer service professionals have been sharing their thoughts on the little things that destroy the customer experience.

As the list is growing it’s obvious that these are often seen as potentially insignificant things, even done absent mindedly, but to the customer they can make or break the customer experience. And when two or three of these are added together can make a massive difference to the degree of trust and long term relationship.

What struck me from the discussion is just how much is down to the interaction and engagement of the team. Subtle things that take seconds. Such as that initial eye contact as soon as someone walks in, a genuine smile, looking organised and ready for business, using someone’s name, remembering someone’s preferences, the tone you use when saying hello or saying thank you, the use of I, you or we, the use of a positive language. All adding to that first and last impression.

Of course the quality of the product itself will have a bearing, but get these basics wrong – these little hinges – and you have to work a darn site harder on the other stuff to ensure your customers’ experience is a 5 star one.