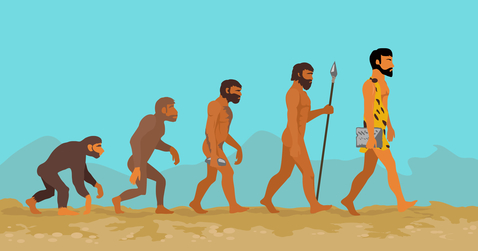 One aspect of customer service training which can be really frustrating is when the people you’re training are stuck in the past and their old ways of doing things.

We’ve all heard the comment “But, we’ve always done it this way!”

There’s a whole host of reasons why people might be reluctant to change. And it’s not an unusual response to be resistant to change. Whilst some might rise to the challenge you’re more likely to have people who are resistant.

One of the first things to highlight is why. Why change. Not why it’s important from a company perspective, but focusing on WIIFM. I.e. what’s in it for me; from the employee’s perspective rather than ours.

Put yourself in the employee’s shoes…

…I could go on, but you get the idea.

We often think it’s obvious what the benefits will be; but to the employee will generally home in on the downsides first. More work. Something new to learn. It’s too complicated. I’m too old to change. It won’t work. We tried it before.

But even when we’ve sold them on the idea of changing their behaviour or the process in some way we still can’t guarantee we’re going to get buy in.

Look out for and listen for hesitation. And when you hear comments such as “I can’t do that” find out what’s holding them back. Is there still a lack of willingness because they’re not yet convinced it’s a good thing to do? Or is it a matter of skill or capability?

“I can’t…” Might simply mean a lack of confidence, and they’re in need of some reassurance, coaching or practice. Perhaps there are other skills that are a prerequisite, which they don’t yet have. Or, worse they fear it will expose other weaknesses they feel they have.

“I can’t…” Could mean they haven’t got all the resources they need; maybe they don’t think they have the time to do it, or if they need to make time what can they leave out instead.

Maybe there’s special equipment they need, or a budget they don’t have.

“I can’t…” Might be they’ve simply not been allowed to do this in the past. Previous systems, processes or procedures have prevented it, and despite the fact you’ve moved on nobody yet has set out the new ‘rules’, or demonstrated their trust in the team.

So frustrating as it is, when your team turn around and say “but, we’ve always done it this way” don’t give up in frustration! Give them a compelling enough reason and the support they need to do it the ‘new’ way.

And of course recognise old habits die hard, so continue to encourage, support and guide them whilst they embed their new habits.