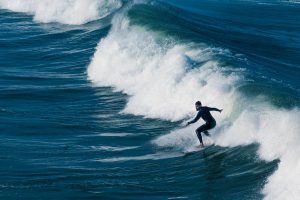 And had far too many late nights.

I simply loved the Olympics.

Did you notice the euphoria as people realised their success? Did you see the pride on the athletes’ faces as they stepped up onto the podium and receive their medal?

And did you notice how much of a buzz it created whenever a team or individual won a medal? Not just in that discipline, but how it sent a ripple around the entire team.

Wouldn’t it be wonderful if we could emulate just a fraction of that pride, enthusiasm and momentum within our businesses?

The Team GB success was not a fluke. We know there was lottery funding for many of the sports, and although this obviously helped our success would not have happened without the hard work, determination and sheer commitment from our athletes, coaches and their entire supporting team. How much did our success in 2012 contribute? Riding on the wave of success of the London Olympics created a huge boost of confidence. Look how many of the athletes went on to defend their Olympic titles, and in 13 cases retained them too.

What lessons we can learn from this success to apply to business as a morale boost for our team so apply some of that energy to our businesses and pass on some of that enthusiasm to our customers.

Here are my 10 ideas to take away…

When Usain Bolt runs the 100 metres he knows exactly where the finishing line is. When Jessica Ennis Hill or Nick Skelton are competing in the heptathlon or show jumping they both know exactly how the scoring works in their respective events so they have a measurement of how well they’re doing at any one point in the competition.

It’s the same in your business. Unless you know what success looks like it’s going to be very difficult for you (and your team) to know when they’ve done a good job.

For those with a competitive spirit awards, competitions, even a simple league table can add an extra dimensional to that benchmark: External awards are a great way to give recognition for the whole team. Keep your eye out for awards which are relevant to your business or your market. In the same way that just making the Olympic team is a big deal, just being nominated for an award is a great booster.

League tables might mean focusing on a different theme each month so that everyone has the opportunity to be recognised for their particular skills and strengths. Just as long as it’s relevant to your definition of success.

Of course Team GB was celebrating. Celebration helps to reward those who have been successful. So when your team performs well the least you should do is help them celebrate.

It’s an opportunity to demonstrate you value a job well done. However small their success, do or say something to acknowledge and celebrate their achievements. Not only does it show them you care, but it sends a message to others to reinforce what best practice looks like and helps spread the message to encourage more of the same.

Be sure to recognise all departments, including back of house staff, or those in non-customer facing roles. They all have their part to play.

Build confidence by providing positive feedback and recognition. But give constructive feedback too when it’s needed to develop, refine and perfect people’s performance, whilst offering support and encouragement to make the necessary adjustments.

In some of the preliminary rounds we saw athletes making mistakes. The important thing is they learnt from them and put things right before the final event. Foster a supportive culture where people can learn from their mistakes, rather than be blamed.

Recognise when these improvements have been made even if things are not yet perfect!

Encourage everyone to come forward with their own areas of improvement and how they will achieve these. Many of your team will spot opportunities so show them you value their suggestions and ideas, and be prepared to act on them.

6. It’s not about the money

There’s a perception that everyone is motivated by money. Do you think it’s money that drives those athletes?

In the workplace there’s no doubt money can be a contributor, but it has very limiting and short term affects as a motivator. However, when you get it wrong by messing up their overtime or deny them the pay rise they were promised it will certainly act as a demotivator for even the most loyal and committed members of your team.

Of course in the Olympics we know that gold medal is always the focus, at least for those who know they are in with a chance.

Recognise though that within your team not everyone values or is interested in the same things. Whilst some love the sense of achievement, others favour doing their bit for others. Some love to have their say, whilst others are happiest when they’re learning or being stretched.

And if you feel it has to be a tangible reward focus on something – however small – that means something to the individual. It doesn’t have to cost the earth; just a token. Something that’s been handpicked for them will always have more of an impact than the equivalent in monetary terms.

Become aware of what hobbies and interests your employees have. Then when you are out and about and see something that has to do with that particular interest, pick it up for them.

Give people the occasional treat. No need to be a lavish; look at ways to reward that create a win-win.

For some people a little free time could be the most valuable gesture you can give them as a reward.

When interviewed most of our medal winners made a point of thanking the rest of their team.

The simplest thing you can do with your team is to say thank you. A genuine heartfelt thank you and well done to recognise and acknowledge a team member’s good performance, achievement or a job well-done might be all that is all they need for them to feel encouraged.

Not just as a routine passing comment, go out of your way to thank individuals when you spot them doing something where they’ve made an extra effort. Bring the team together at the end of a hectic day, busy shift or demanding project when everybody has pulled their weight to make sure everything went smoothly.

When you are genuine in your appreciation, and choose it for the right moment, it can work wonders. A simple but honest appreciative remark can go a very long way.

If you are going to praise an individual, don’t just leave it until you are on your own with them. Find an opportunity when they are with their colleagues, and your praise will create a buzz! Make sure it’s genuine and specific for the task carried out.

Most of our Olympians will be continuing to work on their technique and keep themselves in peak condition for their next competition and some of them even looking as far ahead as Tokyo 2020 to do even better or retain their Olympic title.

Even those retiring from competition sport will be thinking of ways they can contribute and support the sport, particularly encouraging youngsters coming through the ranks.

So when any of our team members have had great success this isn’t an excuse for them to sit back on their laurels or to stagnate.

Utilise and capitalise on people’s strengths. Give some control and ownership, or let them share their expertise by coaching or supporting others.

So while we’re all still riding high from the success of the Olympics ask yourself what can you be doing in your business to recognise those who excel and emulate that same sense of pride we’ve been seeing over the last 2 weeks.

Have you any rotten apples in your team?

If your customer service training or any other efforts to get the best from your team are just not working maybe you have rotten apples in your team. It only takes one or two negative or obstructive people to get in the way and undo all your efforts. These people can have a massive impact on employee engagement, people’s performance and ultimately on your customer service levels.